Mazzorbo and the Ponte Lungo, Torcello Island, The Devil's Bridge and Attila's Throne

Mazzorbo and the Ponte Lungo

Mazzorbo, which is connected to the island of Burano via a long wooden bridge called Ponte Lungo, is often considered as an appendix to Burano, and so is often ignored by tourists who are attracted to the latter’s famous brightly-coloured houses. Like many other islands in the north side of the lagoon, it once had a great commercial role and the society was rich and vibrant; but after the year 1000 AD, it too was eclipsed by the growing power of Venice nearby, and soon it became a simple rural island, its livelihood strictly agricultural.

Torcello, the earliest inhabitated place in the lagoon, has a rather agrarian feel to it like so many other islands

around Venice itself. As the story goes, the first settlers were refugees from the Roman town of Altino trying to escape from the Longobard invadors who, in the 7th century had arrived ransacking and pillaging from northern Europe. The history is still widely debated by archeologists, but it does seem likely that Torcello was first populated by people coming in from the mainland to avoid the threat of barbarian invadors. What is certain, however, is that today the island only has 16 residents.

Il Ponte del Diavolo, the Devil's Bridge. No one really knows where the bridge took its name from, some say from 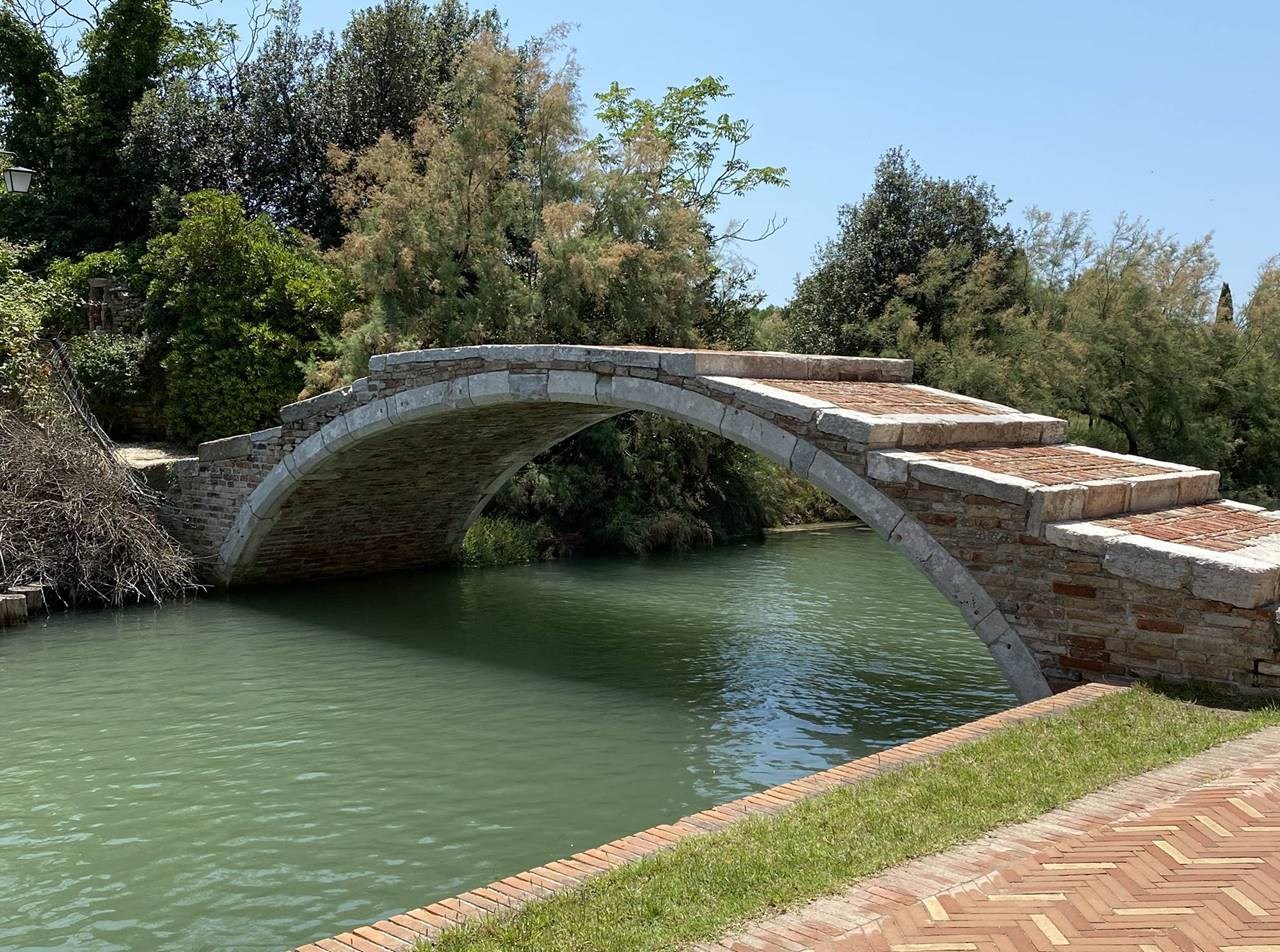 a noble family called Diavoli who lived near the bridge; among the many legends is one according to which the devil was challenged to build a bridge in one night, and was about to get started on the side-rails when the sun rose, and so he left it rather bare-looking as we see it today.

The stone throne, which you can see in Torcello, is Attila's Throne, supposedly built for Attila the Hun, after he and his followers invaded Torcello. This is pure legend, however, as the Huns only arrived as far as Aquileia, a Roman port-city on the mainland. The so-called Trono di Attila dates back to the 5th century, which is when the first settlers arrived on the island. It was indeed a throne of sorts, as the governor or bishop of Torcello would presumably sin in it when dealing with administrative or judiciary affairs.