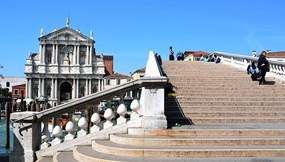 The Bridge of Scalzi, literally of the barefoot, is named after the Church of the Scalzi located on the left. It is

curious to think that the spacious and empty fondamenta where boats stop today was once populated by splendid palaces and churches; all of which were torn down to make way for the train station, built in the mid-19th century to permit commercial activities on the mainland.

The first bridge was built in iron by the English entrepreneur Alfred Neville, however it soon showed signs of decay and was considered a hazard for anyone crossing it. It was then rebuilt in Istrian stone by Pietro Miozzi in 1934, who and managed to convey a lightness to the design, such that the Venetian poet Diego Valeri compared it to a slender eyebrow.

The Church of San Geremia

On the façade of the Church of San Geremia there is an inscription dedicated to Saint Lucy martyr of Siracuse, which was added when the saint’s remains were transferred here after the Church of Saint Lucia was demolished to make way for the train station in the mid 19th century.

Her body arrived in Venice after the looting of Constantinople in 1204, but was stolen in 1476 by a group of nuns, who, however,

returned it to Venetian officials immediately, on pain of being walled

in alive. In 1981, the Malavita del Brenta, an organised crime group from the mainland, stole the remains but soon restored them on 13 December, the day of Saint Lucia in fact.

Especially noteworthy is the bell-tower with exposed brick built in the 12th century, one of the oldest in Venice. 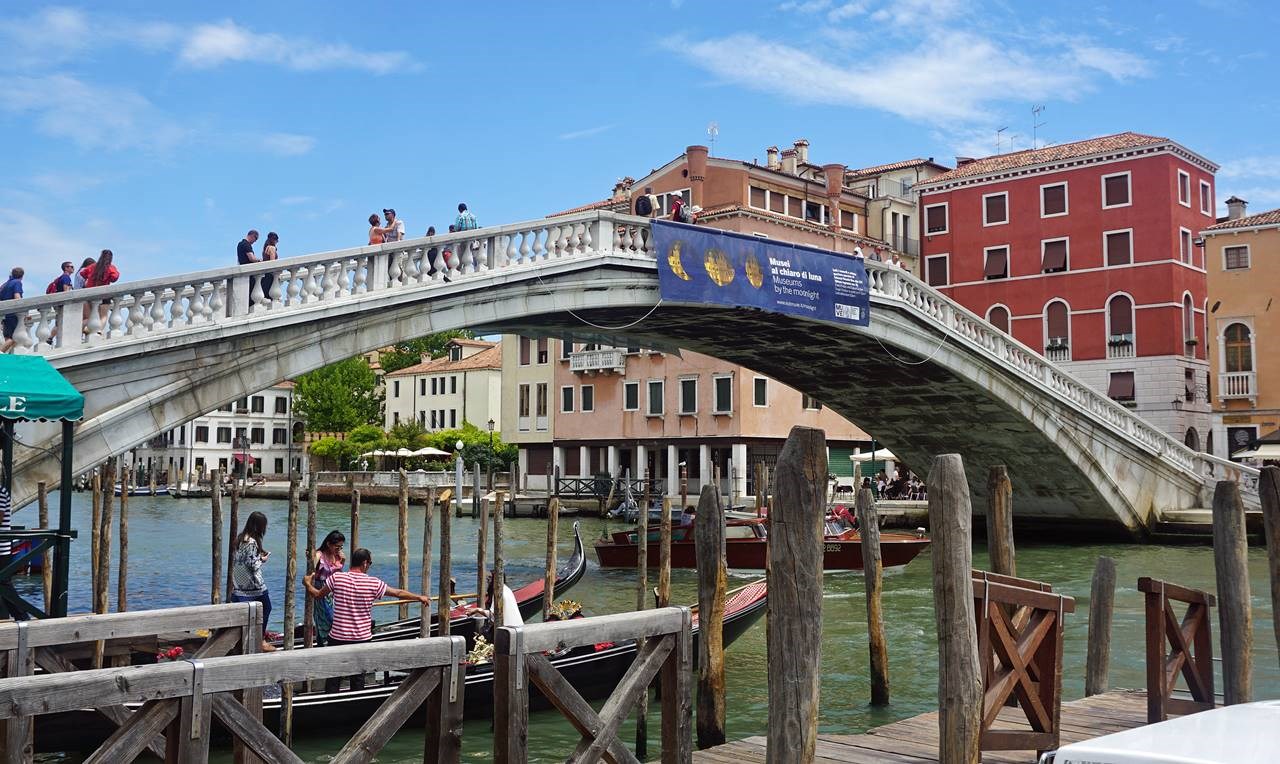