The History of the Gondola

Tommaso
History & TraditionsGondola
The History of the Gondola: origins and cultures

The origins of the gondola 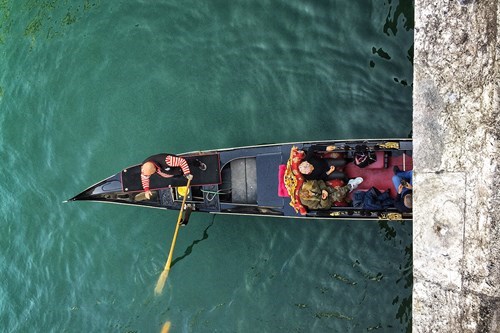 As far as opinions differ as to the etymology of the word "Gondola," it is certain that the name first appeared in some documents dating back to 1094.

The gondola seems to have arisen out of necessity in the early days of Venice; there were not many bridges to cross the waters from one side of the city to the other. So small boats were used to move, which eventually became known as gondolas.

According to legend, these were boats originally made of tree trunks, only much later did gondolas develop their features and shape: a shallow hull with a pointed prow and an inverted stern. This design makes them ideal for navigating narrow channels and tight corners.

Early gondolas are used to transport people and goods between islands in the lagoon. As time went on, these boats became more and more elaborate and ornate. Eventually they became highly valued as a symbol of wealth and status, and only the wealthiest citizens could afford them. Nobles and the upper middle class embellished them with designs and inlays, covering them with silk and satin. Even the tails of the gondoliers were decorated in gold.

The present shape was achieved in the 17th century. Initially gondolas were steered by two men, each with an oar, later variations sought to make them easier to use by a single oarsman.

Why they are called gondolas

Another legend has it that gondolas are named after the neighborhood in which they were built: Gondolino. This neighborhood still exists today, but its name has changed over time: it was originally known as Rio delle Gondole.

WHERE GONDOLAS WERE BUILT

Features and roles of the Gondola 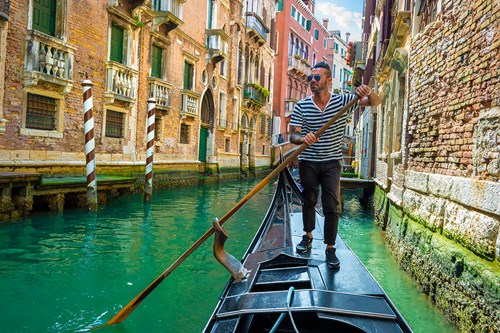 Despite its considerable length, the gondola is a very maneuverable boat due to its flat bottom and little submerged hull, it is in fact suitable even for the narrow Venetian canals.

Along the canals of Venice, today it is very common to hear the voices of gondoliers with their typical calls alerting other colleagues that they are turning into a narrow rio.

Some somewhat large gondolas, called "gondolòni", are also used as ferries to cross the Grand Canal from one bank to the other. These "gondolas" are larger and driven by two rowers, one at the stern and one at the bow. They are used as "bridge" between the two banks of the Grand Canal.

Another role of the gondola is for sporting competitions, such as in the Historical Regatta: on these occasions smaller boats with two rowers, called "gondolini", are used. Taking a gondola ride gives you a totally different view of the city than the one you have by going around it on foot: you will discover unprecedented and evocative glimpses of Venice, picturesque corners, nooks and crannies that you can admire from a new perspective and together with your special person.

How much does a gondola ride in Venice cost? 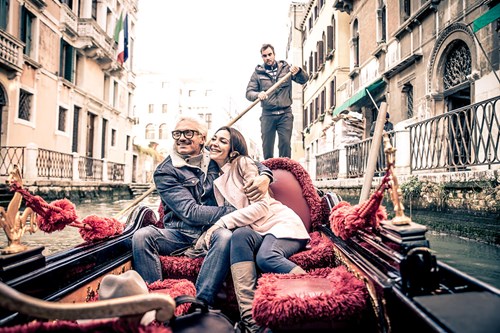 If you are on vacation in Venice you cannot miss a gondola ride! Your gondolier will surely know how to cheer you up with tales and anecdotes of the city and will address with pleasure all your curiosities.

You also have the opportunity to take on board musicians and singers who will enliven your ride with typical Italian songs.

You can choose between a romantic gondola ride on the Grand Canal from about €35 per person lasting about 50 minutes, or choose a personalized private gondola ride according to your wishes, lasting about 30 minutes, with the possibility of also adding a bouquet of flowers or a bottle of prosecco to make this experience even more unforgettable! In this case the price is not per person but per gondola (up to 5 passengers).

€100 per day-time ride and €120 per evening ride, ideal for celebrating some special events: proposal, anniversary, birthday or simply to have an unforgettable experience.

Private Gondola customized according to your wishes, click here!