The granseola is a crustacean as delicious as lobster, it is a large red or pink crab, characterized by a thorny heart-shaped shell, very common in the Adriatic Sea, and it is a well-known specialty of Venetian cuisine.

It has a sweet and delicious meat that must be seasoned with a drizzle of oil and chopped parsley. 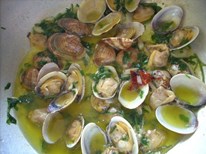 They are molluscs and are the most popular soul of the sea. These too are cooked 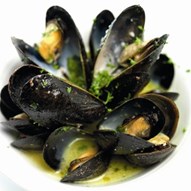 in the same way of the Bevarasse.

Mollusk with an elongated shape and a delicate taste.

They must be cooked in a pot with garlic and oil.